The solar investment tax credit (ITC) is an important tool for anyone in the US thinking of pursuing solar energy. Also known as the federal solar tax credit, the ITC currently lets solar energy system owners deduct 26% of the cost for a solar installation from their federal income taxes.

The ITC is one of the most valuable incentives out there for investing in solar energy projects, as it pays back more than a quarter of the cost of a system. Understanding how the solar ITC works – and what the resulting total cost is – should be a first step in considering a solar investment. 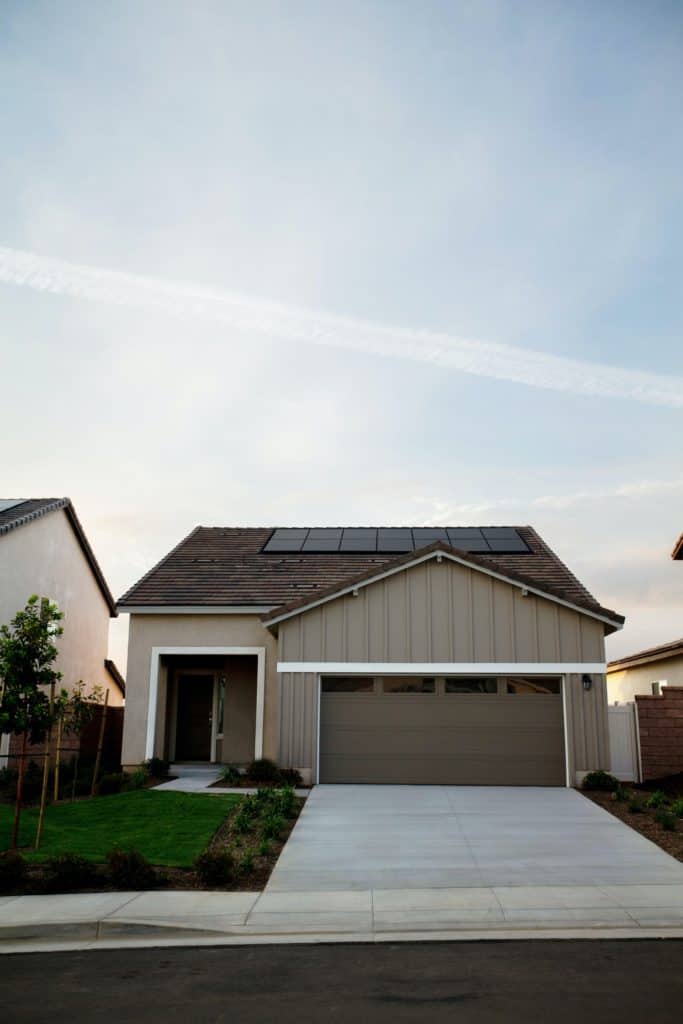 How Does the Investment Tax Credit (ITC) Work?

The solar investment tax credit has been around in various forms since the 2005 Energy Policy Act. The ITC actually covers multiple types of renewable energy installations, including small wind turbines and geothermal heat pumps – though solar energy is by far the most common investment for homeowners.

While the ITC is currently set at 26%, it was as high as 30% until 2019. A tax credit must be claimed for the year a system was placed in service, meaning that any solar system connected after December 31, 2019 qualifies for the level of credit associated with 2020 or later. Even if the products and materials were bought and most of the system was hooked onto the roof in an earlier year, the only year that matters is the official “put in service” date.

The ITC will stay at 26% in 2022, before dropping to 22% in 2023 – after which it is set to expire completely for owners. While the ITC has been extended several times before past expiration dates, at this point it is unknown whether it will continue after 2023 and what the value could be.

Who can use the investment tax credit?

The ITC is a widely applicable program, but it is important to understand the specifics of who can and can’t take advantage of it. Importantly, the solar ITC is a US federal program, and thus it is reserved for solar systems built within the United States.

You must own the system

Perhaps the most critical thing to understand about the ITC is that to claim a tax credit, you must be the owner of the solar system in question. However, you do not necessarily have to own the property the system is installed on, and the property can either be on- or off-grid.

If you lease the system from a solar panel business, that business can claim the tax credit but you cannot. This is also the case if you sign a power purchase agreement on panels that you don’t own.

The relevant solar array generally must be located at the primary or secondary residence of the person getting the tax credit. Alternatively, an off-site solar array that a resident invests in can be utilized, provided that the electricity is credited against the home’s energy consumption (without exceeding it).

Check out the US Department of Energy’s own guide for federal solar tax credit information, and discuss your eligibility with a tax advisor if you aren’t sure you qualify or have a complex or unusual tax situation.

What does a solar tax credit cover?

The solar tax credit is meant to cover all of the direct costs of getting solar installed, as long as you are the owner of the system. This includes:

What is the value of the ITC?

However, the investment costs can be higher or lower, depending on the square footage area covered by the system and any price variations based on state and zip code. Either way, these are significant savings for any homeowner – especially combined with rebates and other incentives that may be available.

There is no maximum credit

The tax credit will provide a solar energy system owner with a dollar for dollar reduction on their tax owed for the federal year. That means that if 26% of your total solar investment is $5,000, then you will pay $5,000 less in taxes for that year (or carry it over into subsequent years, if necessary).

There is also no maximum amount that the investment tax credit can theoretically cover, so even a solar power system covering a massive area will yield its proportional payback.

No matter the full amount of the payback, considering the combined costs of installing solar plus all other typical property expenditures, a significant refund on the next tax bill will certainly be a huge relief to most people. 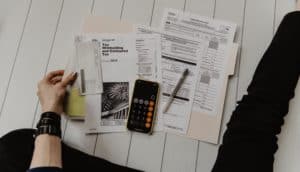 Photo by Kelly Sikkema on Unsplash

How to claim a solar investment tax credit

Once you have installed a solar energy system and determined it’s eligible for the ITC, you need to make sure you receive the full credit for the system. Since the ITC cannot be claimed until it’s time to submit your federal tax return, this unfortunately means waiting a few months or a year before reaping the rewards.

Once it is finally tax time, make sure to complete IRS Tax Form 5695 for Residential Energy Credits; the credit information should then be recorded onto Form 1040 along with any other tax credits.

The solar tax credit applies specifically to income tax. If your tax liability is low in a given year, and not enough to cover the full value of the ITC, there’s no need to worry – any remaining credit can be covered by future tax liability, including on the next year’s tax return.

The Purpose of the Tax Credit

As noted, the solar ITC has been around in one form or another since 2005. Clearly, the government has enough of a vested interest in ensuring that people adopt solar to incorporate it into federal tax policy. While there are direct benefits for an individual installing solar, why is the US willing to lower revenue from taxes to help entice more solar customers?

The US is in the midst of an energy transition. While the country’s electricity grids still largely run on coal, natural gas, and other finite fossil fuel resources, many people and businesses are shifting to alternative sources like solar panels as their power source.

Solar energy – along with wind, geothermal, and hydro-power – represents a cleaner, greener path forward away from harmful fossil fuels. All of these technologies create energy using resources that will always be available, and they do so with limited pollution to air and water.

Solar is a particularly beneficial path forward because it allows homeowners to invest in it directly. Getting solar panels – or even solar shingles – is a feasible solution for many. But while the adoption of home solar energy systems is indeed becoming more widespread and more accessible for many, there is still a major barrier for many – the cost. A tax credit gives people more capability to spend their money, and the long-term monetary benefits to consumers will allow them to participate more in the wider economy.

Among the economic purposes to the US incentivizing solar is that it is currently a huge job creator. Careers in the solar industry – from installers and electricians to salespeople and administrators – are growing at a much higher rate than the average across other industries in the United States. While a sunny state like California or Texas may attract more solar projects than others, the industry has massive potential for job and economic growth across the country.

Keeping up with other countries

The US also wants to compete with other countries. The benefits outlined above are no secret, and so solar and other renewable energy resources are expanding at a rapid rate globally. The US thus aims to stay ahead of the game when it comes to seeing a rise in solar.

For all of these reasons, economic and environmental, the federal government is motivated to see the solar industry grow, and tax incentives like the ITC are a great tool for making that happen.

The Future of the Solar Tax Credit

As noted, the solar tax credit has been around for a while but is past its peak in value. The last extension, locking solar tax credits into the internal revenue code through 2023, was only announced in December 2020 via the Consolidated Appropriations Act.

The ITC is set to expire completely after 2023 for home solar energy systems (incentives for business are on a different timeline). Since no extension has been announced, the future of the program is rather uncertain. While the current (2021) political landscape certainly looks positive for the future of solar, there is no guarantee that the same type of tax credit will exist or what the money saved would be.

Take advantage soon if you can

If you have a solar array on your home and haven’t taken advantage of the ITC, or plan to have one installed the next couple of years, make sure you are fully aware of your eligibility and potential benefits while seeking tax advice as needed.

Whether you are able to utilize the solar federal tax credit or not, or if you can’t get one put in until after 2023 (and there is no extension), there may also be other incentives for going solar based on your state and zip code. Most other incentives will not affect the value of your solar tax credit, but this is another point to verify with a tax professional if there is any uncertainty.

If you can make the upfront cost work for you, allowing the sun to power your home will lower your carbon footprint, help spur economic growth in your state and zip code, and make the planet a little greener. Hopefully, the federal solar investment tax credit will continue to boost the number of solar projects popping up around the country, allowing more and more people to go green.