Solar power is becoming more widely available and more enticing to homeowners across the US. As the costs have reduced significantly over time – by 70% since 2014 – going solar is a wiser investment than ever. Most commonly generated via photovoltaic (PV) panels, residential solar is not only a cleaner alternative to conventional fossil fuel energy, but also one that gives a level of independence to homeowners. After all, instead of outsourcing energy production to a utility or third party supplier, traditional solar panels are commonly attached right on top of a home’s roof. And as demand grows, more companies than ever are offering panels with competing prices, designs, and effectiveness.

In spite of the positives, however, some homeowners are reluctant to switch to solar precisely because they don’t like the idea of having panels on their homes. Imagine someone who recently moved into their dream home; they were attracted to the yard, the neighborhood, the structure, the size – plus, they absolutely love the slate roof. This new homeowner may support renewable energy and get plenty of sunlight to take advantage of it, but the idea of covering up their attractive home with a relative eyesore just doesn’t feel right.

What are Solar Shingles?

True to their name, solar shingles are a photovoltaic replacement for a roof’s existing shingles. Photovoltaic shingles are made from silicon solar cells, allowing a roof to produce its own energy. Instead of being propped up on top of the roof, to install solar shingles means getting an entire roof replacement – putting solar roof tiles or shingles in place of standard roofing tiles, asphalt shingle roofs, or whatever conventional roofing materials were there before.

A solar roof is an example of building integrated photovoltaics, a concept in which parts of a building – like physical roof tiles – generate their own power. Solar roof shingles are a relatively new solar energy solution, having been first introduced within the solar energy industry in 2005. With an appearance reminiscent of a standard asphalt, slate, or tile roof, but with the added solar functionality, a solar shingle array can be an enticing investment for any homeowner looking to both shift to renewables and replace their existing roof – a complete solar roof installation potentially provides the best of both worlds.

But are the potential benefits of a solar roof strong enough to make it a better choice than conventional solar panels? Read on to understand some of the key differences.

As noted, the cost of going solar has dropped significantly over time, and solar tiles are included in this trend. However, installing a solar roof is still a significant investment that averages between $60,000 and $75,000. While the exact prices will vary based on the home, this can be three or more times the cost of a more traditional solar panel array, which is closer to $20,000. Homeowners choosing either option can reduce these costs significantly by taking advantage of solar incentives like the federal tax credit, which is 22% in 2021.

A major reason that solar shingles have such high costs is because it involves not just getting solar technology installed – but completely replacing an existing roof as well. So while traditional solar panels clearly have a basic cost advantage, for homeowners that are looking to get a new roof anyway the story may be slightly less straightforward. Some may even need a new roof in order to be eligible for a traditional solar panel system, since heavy panels need to be supported by a strong structure for an extended period of time. With an average cost of $7,000 to $12,000 for a new, standard roof, this may be taken into consideration in choosing which direction to go. However, even taking this into account, and while the costs may come down over time, solar shingles are almost always the larger investment.

In order to install either solar shingles or a traditional solar panel system, a solid building structure is necessary. For solar panels, this includes an inspection of the existing roof to ensure the panels will be supported for years to come. Electrical inspections and building permits will be required for both options.

After these pre-installation requirements, having solar panels put in is a slower process compared to getting most solar shingles. Having a company install solar panels usually takes at least a couple of days; if someone has to get a new roof and then solar panels installed on top, this of course adds to the overall timeline. Alternatively, a complete solar roof replacement – installing solar shingles after removing existing asphalt shingles, for example – can sometimes be completed by professionals in just a few hours.

Solar panels, solar roof shingles, and solar roof tiles all use essentially the same solar technology – the photovoltaics they are made from turn the sun’s energy into usable electrical power. Therefore, with both options facing straight up towards the sun, they should produce pretty much the same power output per square foot. However, it’s not always possible to have a solar system in the ideal position, and the angle of solar cells in relation to the sun absolutely matters – photovoltaics provide the maximum energy output when sunlight is most direct. 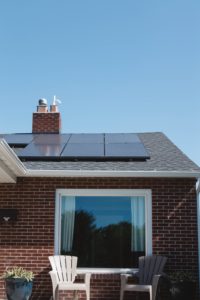 Solar power in general has improved in conversion efficiency capabilities – for example, newer (and more expensive) monocrystalline solar cells generally outperform polycrystalline silicon solar cells. Both solar shingles and solar panels can benefit from these technological improvements. Nevertheless, solar tiles, being a permanent part of the roof, do not offer much flexibility in terms of where they can be situated. Traditional solar panels, on the other hand, can be tilted and angled in a position where they will get the most direct sunlight for as many hours per day as possible. They can be prioritized on specific portions of the roof – or even on the ground or other structures – if trees or other blockages obstruct any sunlight. For these reasons, a solar panel system generally offers the most flexibility, allows a better conversion efficiency, and provides higher power output per square foot.

In general, solar cell components for both panels and solar shingles are built to last. A solar panel system is expected to operate with strong efficiency for between 25 and 30 years, with warranties typically offered anywhere from 20 to 30 years.

A solar roof is usually expected to last between 25 and 30 years, with newer versions of a Tesla solar roof offering a warranty of 30 years. However, unlike traditional solar panels, solar roof technology is still somewhat new – having only been first introduced in 2005. Therefore, whether its a Tesla solar roof or one made from other solar tiles, solar shingle manufacturers’ predictions on this front have not yet been proven.

Advantage: To Be Determined

As noted, solar panels and solar tiles are both long-term investments, and so it is important to know that they will continue to operate smoothly throughout their lifetime. There are simple ways to keep photovoltaics working at peak efficiency, such as removing leaves and other debris that block sunlight. Basic cleaning of a solar energy system can often be done by homeowners themselves, though occasional professional cleaning with inspection can help ensure that there are no hidden issues that will cause long-term damage. This can cost at least $150, depending on the size and position of the system.

If and when there are issues found, fixing solar tiles can be a more complicated and costly process. Since regular solar panels are usually separate from each other on a roof, it is a relatively simple job to remove and replace one of them without disrupting the whole system. Since a solar roof requires installing solar shingles in tight proximity to one another to form a complete roof, removing and/or fixing one shingle can require removing all of the others around it as well. The cost per square foot in this case would be rather high.

While there are a variety of options for traditional solar panels, they are built primarily for functionality and are simply not the most attractive home addition in many people’s minds. They are bulky without blending in, and may cover up nice features of an existing roof made with a traditional roofing material. Solar shingles were developed for exactly this reason, to give people the option of installing solar systems that are more inconspicuous. 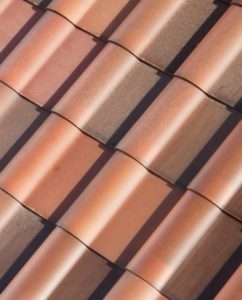 When are Solar Shingles the Right Choice?

Today, someone with standard solar panels may be eyeing his neighbor’s home with envy for her beautiful solar roof, admiring how the home itself produces solar energy with photovoltaic shingles. And yet at the same time, his neighbor may be wishing her solar roof could produce its solar power with a bit more conversion efficiency, while hoping that solar shingle technology provides enough longevity to justify the high cost of her complete roof replacement.

There are clearly some major positives that come with a solar roof. But even with certain benefits over traditional solar and conventional roofing materials, choosing solar shingles has its drawbacks – especially, perhaps, the cost – that help explain why regular solar panels are still much more common. For anyone looking to generate solar on their home, the choice likely comes down to how willing and able they are to look past some of the inherent disadvantages – plus, the practicality of a total roof replacement.

Options for generating solar power, including building integrated photovoltaics, are increasing. Solar cells are becoming more efficient and other solar shingles will continue to be introduced. Not everyone can shell out the money for a solar roof today, but as solar shingle options continue to expand and prices become more competitive, it’s likely that more and more people will go this route. The solar industry continues to innovate, and it’s hard to predict what exciting options will be offered by solar providers of the future.