The societal benefits of solar energy are well-known. It’s clean and emissions-free, without polluting the air. It’s renewable, since unlike fossil fuels we won’t be running out of sunlight anytime soon. For those that can get solar installed at home, it provides energy independence, with electricity coming from a direct source on their own properties. The possibilities offered by solar technology are ever-expanding, with solar panels, shingles, and water heating systems being just a few of the options. The expansion of solar energy is even leading to huge industry job growth, at a much higher rate than the general growth across the United States.

Photo by Science in HD on Unsplash

So with all of these inherent pluses, what other solar incentives could homeowners need? Why don’t all clean power proponents have home solar energy systems in place on their roofs? Well, even though solar panels can provide significant cost reductions over time, the upfront costs of a home solar power system can be prohibitive for many – on average, a solar energy system installed on a home requires an investment of at least $15,000. For this reason, many state and local programs, utility companies, and even solar installers are providing additional solar incentives for homeowners to make the switch.

One of the most widely available of solar incentives comes in the form of a rebate. Rebates help with the upfront costs of installing panels on a home by directly refunding a portion of the investment back. Rebates are most commonly offered by a state or local authority or utility, so a homeowner’s location will be a major determining factor in what’s available. Rebates may also be offered by any other organization that wants to incentivize solar power. The dollar amount of a rebate not only depends on the zip code, but on factors like the size of a solar system or total installation costs.

Solar rebates often work just like any other rebate – after a resident purchases a home solar panel system, they can mail in a form and get money back. Some solar installers will make things easier by taking any utility, local, state, and other rebates into account before calculating quotes for the final upfront cost of the project. This ensures that the savings are even more immediate, as opposed to requiring customers to fill out paperwork and wait to get their money back. Furthermore, unlike with tax credits, a homeowner doesn’t have to demonstrate a certain tax liability in their tax return to take full advantage of rebates.

Many utilities offer solar incentives like rebates even though solar power reduces the need for their own electricity supply. They may do this because of state requirements, or simply to gain trust and appreciation from their customers. However, utilities may also offer solar rebates because solar helps keep electricity demand at a level that they can match with their own supply – thus, they can avoid the requirement of purchasing power from other regions or suppliers. In other words, assisting residents with rebates and other solar incentives helps utilities in their effort to provide energy throughout the rest of the system. 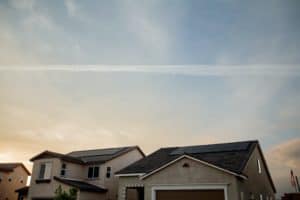 States and local authorities often have their own incentive to offer solar rebates to residents. Just like utilities, which are generally overseen by state Public Utility Commissions, states want to avoid a strain on the grid and thus aim to encourage additional supply via solar energy. Furthermore, solar power is a job creator, so an increase in home solar energy systems is one avenue towards economic development. The existence and size of state rebates will vary, but both state and local programs can be a primary source towards lowering the cost of a solar project.

Solar loans provide an incentive just like any other loan: they help residents purchase a solar energy system upfront by allowing them to pay it off over time. Monthly payments on a solar loan are often smaller than a typical energy bill, and so the loan provides financial benefits even before it’s paid off. Financial institutions may provide home equity loans or unsecured personal loans for solar, while solar companies themselves may offer secured solar loans. In addition, utility and state institutions offer solar incentives through the residential Property Assessed Clean Energy (PACE) loan program, often with a relatively low interest rate.

To promote energy equity, the federal government directs grant-based solar incentives directly to low-income communities, rural areas, and regions with particularly high energy costs. As an incentive, grants provide even more benefit than loans in that they do not have to be paid back. Some state and local agencies provide similar incentive programs to make the installation of solar energy systems a real possibility for communities that might otherwise be left out.

When a solar installer fixes a solar system onto a property, that system is usually still connected to the utility grid, and credit for the energy produced can even be sold to the utility as Solar Renewable Energy Certificates (SRECs). A homeowner earns one SREC for every 1,000 kilowatt hours (kWhs) produced, which can then be sold to utilities that need to meet their own state-mandated solar production requirements. While the existence and value of SRECs can vary widely between states, the incentives to sell are high as they can be worth more than $300 in some areas. Solar Renewable Energy Certificates (SRECs) give solar system owners even more of a sense of ownership over their solar energy. 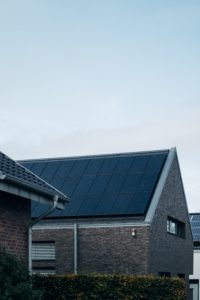 Photo by Benjamin Jopen on Unsplash

The addition of solar panels to a home generally adds quite a bit of value to the property – as high as $15,000 to $20,000. Normally, any addition to a property’s value means a higher tax on the property, but some municipalities have removed any associated tax burden when it comes to solar panel systems. Beyond the energy savings of going solar, owning a solar panel system with a property taxes exemption means getting even more for your money in the long-run.

In addition to the federal solar Investment Tax Credit (ITC, 26% in 2021), many states offer their own tax credits. While the specific incentives will vary by state program, an additional state solar tax credit will allow a significant portion of solar project costs to be deducted from the following year’s state tax return.

As noted, the availability and value of solar rebates and incentives will vary from area to area, and some states and localities have none to offer at all. Those interested in going solar can use the Database of State Incentives for Renewables & Efficiency (DSIRE) program website to compare information on incentives by state and zip code. This will help you project the cost and plan for a potential solar panel system before getting quotes from solar companies.

The Future of Solar Incentives

As more and more homeowners are installing solar panels, this means that solar rebates and incentives have done their job. But it’s important to keep in mind that many of these incentives have been aimed at promoting early adoption, and as momentum grows across the United States some solar incentives may fizzle out all together.

While a decrease in solar incentives will likely coincide with a lower gross cost of installing a solar energy system, in many states there may be no better time than now to go solar. If you can, take advantage of any solar rebate or other incentive program that is available near you, before enjoying all of the long-term benefits that solar energy systems have to offer.