The claim suggests that animals used to produce the meat, poultry, dairy, or eggs were treated humanely from birth to slaughter, on farms that provide decent living conditions that meet the animals’ needs (e.g., cows are allowed to graze and not confined to a feedlot).

However, the government agencies that oversee labeling of meat, poultry, dairy, and eggs do not set a common standard for the “humanely raised” claim, and they do not require an on-farm inspection to verify the claim.

Each company can determine its own definition of what it means to be “humanely raised,” and definitions vary.

The bottom line: should you look for this labeling claim?

Look for the seal of one of the certification programs with strong standards, listed below. Humane treatment and living conditions that meet the animals’ needs are important, but you cannot trust a “humanely raised” claim on a label because there is no common standard, and the claim is not required to be verified. 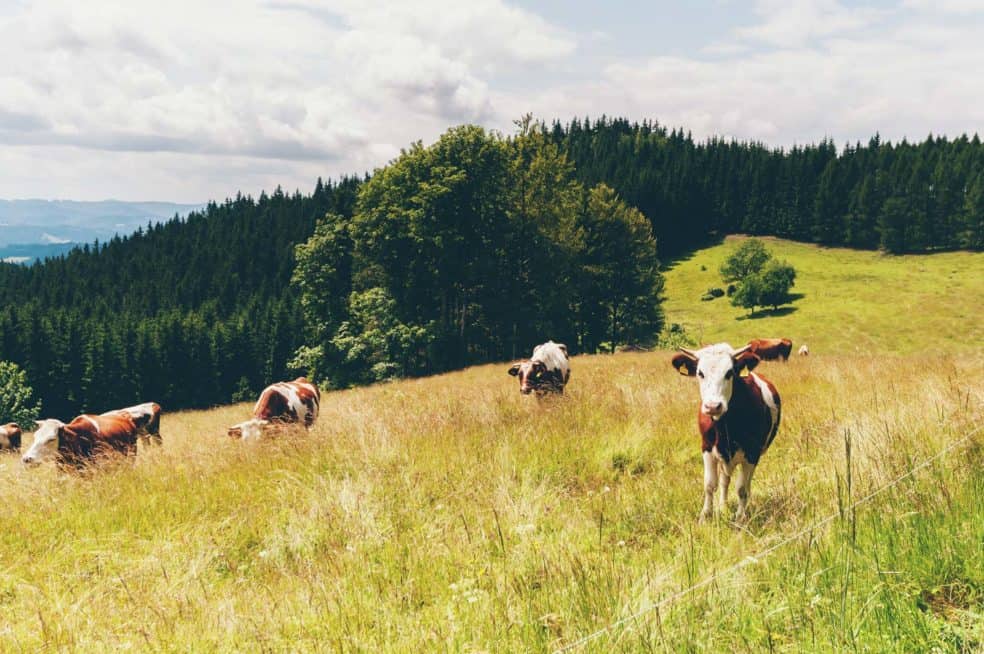 Look for these seals, for programs with strong standards for animal welfare and on-farm inspection:

This seal is backed by standards that are strong and comprehensive in addressing animal welfare for farm animals. The label’s standards require that animals are raised on family farms with adequate and well-managed space indoors and outdoors, promoting animal health and allowing the animals to engage in their natural behaviors. On-farm inspection is required.

This seal is backed by strong standards for animal welfare and living conditions that allow animals to move freely and engage in their species-specific natural behaviors. In Step 5+, chickens and pigs are raised on pasture with access to housing and shelter. Beef are raised on pasture for their entire lives and do not undergo painful physical alterations. Step 5+ is nearly identical to Step 5. The only difference is that Step 5+ standards require that animals are slaughtered on the farm and never transported (except for chickens, which can be transported for up to two hours to on-site or local slaughter). On-farm inspection is required.

This seal is backed by strong standards for animal welfare and living conditions that allow animals to move freely and engage in their species-specific natural behaviors. Chickens and pigs raised according to Step 5 standards live on pasture with access to housing and shelter. For beef, the animals are raised on pasture for their entire lives and do not undergo painful physical alterations.  On-farm inspection is required.

This certification program is for ruminants (e.g., beef, bison) and requires that the animal’s diet is composed entirely of grass and forage, with the exception of milk prior to weaning. Grain in the diet is prohibited, as are animal by-products. Animals must have continuous access to pasture, and raising animals in confinement is prohibited. The standards include requirements for sustainable pasture and land management, such as ensuring that stocking rates are appropriate to the soil, climate, and geography of the farm or ranch. While there are no detailed standards for humane treatment during handling, transport, and slaughter, the standards do require that all livestock production methods and management must promote animal health and welfare. The use of electric prods is prohibited, except for emergencies.

This seal means that the animals were raised on farms with improved living conditions and animal welfare practices. For chickens and pigs, Step 4 means the animals live in an enriched outdoor area; beef cattle are raised on pasture. On-farm inspection is required.

This seal means that the animals were raised on farms with improved living conditions and animal welfare practices. Chickens and pigs raised according to Step 3 standards have access to an outdoor space, but this space can be very small. The animals are also provided with materials, such as straw bales, forages, or scattered grains, which add complexity to the environment and encourage the expression of natural behaviors. There is no Step 3 for beef cattle. On-farm inspection is required.

This seal is backed by standards that require improvements over the industry norm in how farm animals are raised; for example, there are requirements for clean litter in chicken houses, bedding for pigs, and environmental enrichment for chickens and pigs. However, the standards do not have certain requirements that a majority of consumers expect from a “humanely raised” claim, such as access to the outdoors. On-farm inspection is required.

This seal means that the animals were raised on farms with improved living conditions and animal welfare practices. Chickens and pigs can be raised indoors with no access to pasture or range in Step 2. The animals are provided some materials to add complexity to their indoor environment and encourage the expression of natural behaviors. Beef cattle can be removed from pasture and confined in a feedlot, where shade, shelter, objects for scratching and grooming, and a clean place to lie must be provided. On-farm inspection is required. 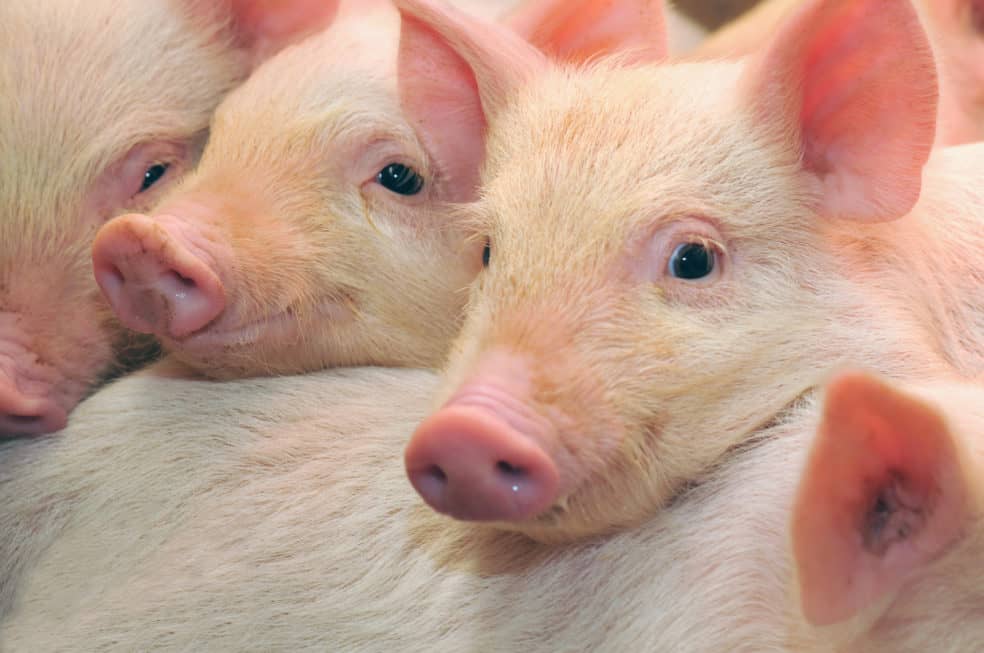 Animal welfare standards for these seals are not as strong:

This seal is backed by standards that offer some improvements for farm animal living conditions over the industry norm. For pigs and chickens, Step 1 standards allow indoor confinement without enrichment (which would allow them to engage in natural behaviors), with no requirements for natural light or access to the outdoors. For beef cattle, Step 1 reflects the industry norm of removing the animals from pasture for “finishing” (feeding grain) in a feedlot. The standards do address some important animal welfare aspects that go above the industry norm for how farm animals are raised. On-farm inspection is required.

While the American Humane Association says its standards aim to ensure the humane treatment and improve the welfare of farm animals, the requirements fall short in meeting consumer expectations for a “humane” label in many ways. Most of our survey respondents (86 percent) think that a “humane” label should mean that the animals have adequate living space, go outdoors (78 percent), and are raised without cages (66 percent). The American Humane Certified standards do not meet these consumer expectations. This certification program is verified, with an annual on-farm inspection.

The organic claim and USDA Organic seal are backed by federal law and regulations that are designed to promote a sustainable system of agriculture. The standards include requirements for livestock living conditions to ensure animal welfare, but these standards lack specificity. For example, the standards require “year-round access for all animals to the outdoors,” but some producers meet this requirement by providing a small, covered, concrete porch that is not large enough to accommodate all animals. On-farm inspection is required. 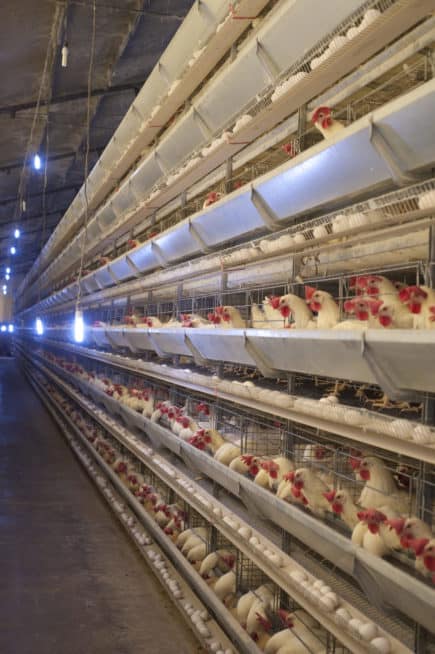 Don’t rely on these seals and claims:

The standards for the United Egg Producers Certified seal allow continuous confinement in crowded cages in dimly lit buildings without natural light or fresh air. Hens have to be given only enough space to stand upright, with a minimum space requirement of 8 by 8 inches for caged white laying hens. Producers keeping their hens in cages do not have to allow the hens the space to move freely, perch, dust bathe, or forage, and nest boxes are not required. While the label is verified, it is not meaningful as an animal welfare label because certain basic conditions, such as the freedom to move, are not required.

This claim does not mean that the animals were humanely raised.

More about the “humanely raised” claim 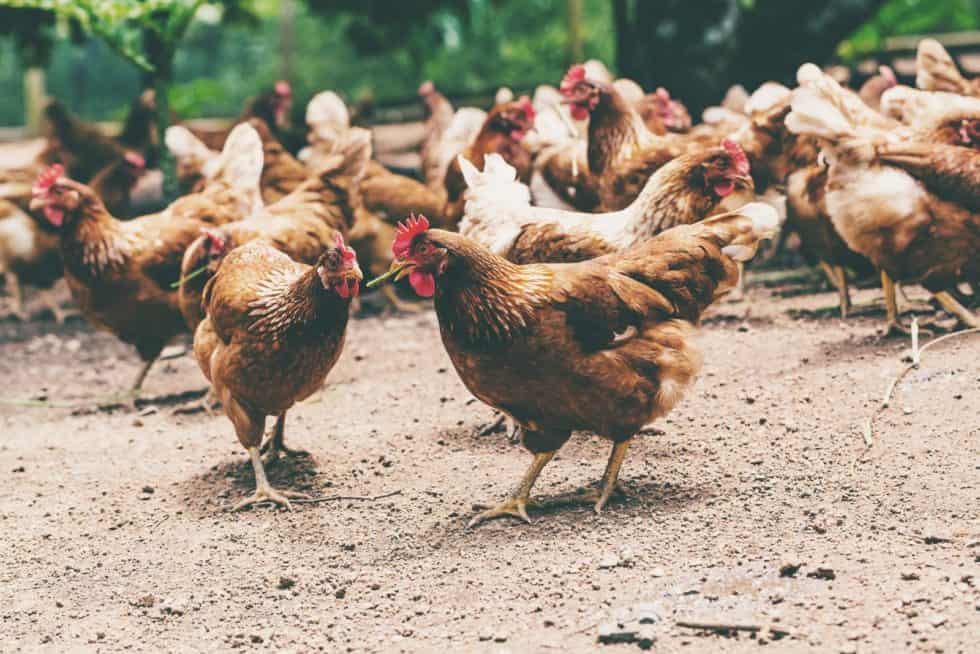 What this claim means

Meat and poultry: The U.S. Department of Agriculture (USDA) is responsible for ensuring that the labeling of meat and poultry products is truthful and not misleading. But for many labeling claims, including “humanely raised,” the USDA has no common standard to ensure that the claim is consistent and meaningful. Since the USDA allows each company to define the claim, the meaning can vary within the industry.

Dairy and eggs: The Food and Drug Administration (FDA) is responsible for ensuring that the labeling of dairy and eggs is truthful and not misleading. But for many labeling claims, including “humanely raised,” the FDA has no common standard to ensure that the claim is consistent and meaningful, and each company is allowed to define their claim. The meaning can vary within the industry. 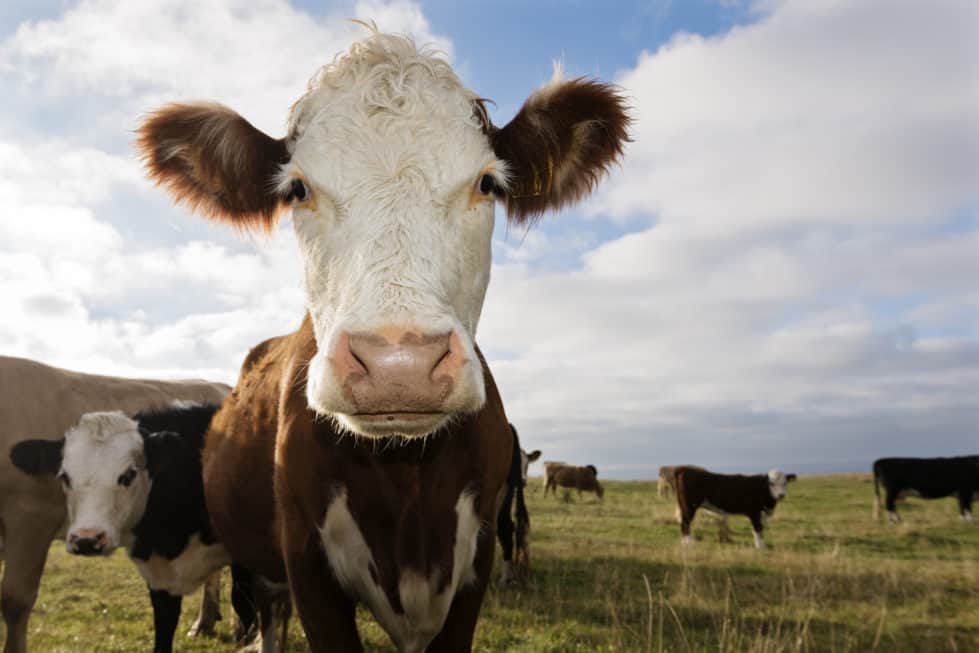 When animals are treated humanely, can move freely, and can engage in their natural, species-specific behaviors, it benefits the animals. There are other benefits, as well.

When animals are raised on farms with humane living conditions, such as fresh air and room to roam, the animals are less vulnerable to disease and less likely to be treated with antibiotics to prevent disease. For example, pigs raised in crowded indoor confinement are susceptible to respiratory disease, especially when their housing has improper ventilation, improper waste removal, and increased ammonia and dust levels. The FDA considers improper ventilation to be a factor that can place animals at risk of disease, and farmers are allowed to use antibiotics on a routine basis to prevent disease. Animal welfare certification programs with strong standards set indoor air quality limits to ensure ammonia and dust levels do not reach unhealthy levels. In fact, animal welfare certification programs with strong standards also prohibit the routine use of antibiotics. (Some programs allow antibiotics to treat sick animals.)

Government agencies allow each company to define the “humanely raised” claim. A clear majority (94 percent) of respondents in our 2016 nationally-representative survey said that all companies should meet the same standards for labels on meat (rather than set their own standards). 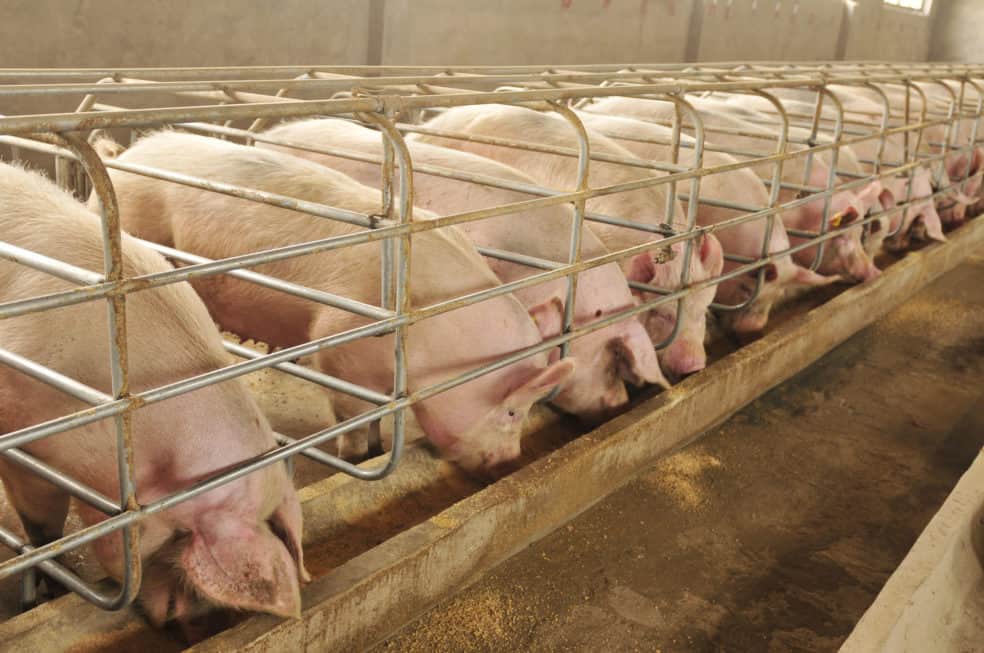 Can you trust the claim? Is it verified?

No. Third-party verification of the “humanely raised” claim with on-farm inspection is not required.

Meat and poultry: A vast majority of consumers expect that the “humanely raised” claim on meat and poultry means that the farm was inspected to verify this claim, but on-farm inspection is not required. The USDA’s inspection starts at the slaughterhouse, and inspectors verify whether establishments maintain USDA label approval on file. Label approval is required for a “humanely raised” claim. However, to obtain approval, companies are only required to supply supporting documentation, which may include testimonials and affidavits signed by the producers of the animals referencing the animal-raising claims. No third-party verification or on-farm inspection is required.

Dairy and eggs: The Food and Drug Administration (FDA) does not require on-farm inspection or verification for producers making claims such as “humanely raised.”