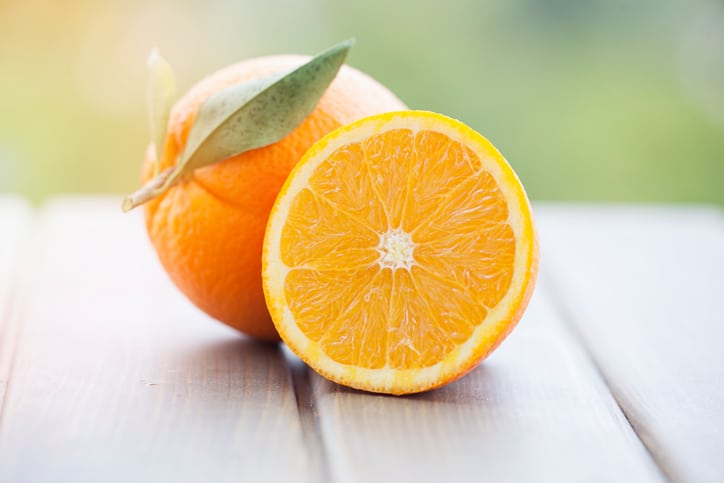 A closer look at oranges

Washing fruits and vegetables under running water can remove some pesticides, but not all.

In some cases, pesticides penetrate the skin or peel of the fruit or vegetable, and appear in the flesh of the fruit that you eat. In other cases, the pesticides are systemic, which means they are taken up by the plant and appear inside its tissues. No amount of washing, scrubbing, or cleaning can remove these residues.

Each year, the Department of Agriculture tests thousands of fruit and vegetable samples for pesticide residues. Before each sample is tested, lab technicians treat it as a consumer would (or should): Apples are washed for 15 to 20 seconds, oranges are peeled, and potatoes are scrubbed clean under running water.

Even after washing, peeling, and scrubbing, test results show a high prevalence of some pesticides (though rarely at levels that are above the legal limit), including in fruits that are peeled before they are tested, such as oranges and grapefruit.

Let’s take a closer look at oranges: What pesticides appear in their flesh, and how did they get there? The residues that often show up are of fungicidal chemicals, which are sprayed after the fruit is harvested to prevent mold.

While these fungicides don’t have the neurotoxic risks associated with insecticides, they aren’t without health concerns. One fungicide, imazalil, has been shown in in vitro studies to have endocrine-disrupting effects, which suggests that it may interfere with the endocrine system of humans.

In 2016, the USDA tested 21 samples of organic oranges and found no residues of two common fungicides, which were found in more than three-quarters of the conventional samples. This is not surprising, because federal law and regulations prohibit the use of these fungicides on foods labeled “organic.”

We also found that orange juice samples had a much lower prevalence of fungicide residues than fresh oranges had. This is probably because oranges used for juice are generally processed right after harvest, which eliminates the need for fungicides to lengthen the oranges’ shelf life.

Lower risk from pesticide residues is one of the reasons Consumer Reports always recommends organic as the best choice when shopping for fruits and vegetables.