In this article, we’re talking about two terms that effect your power service – a brownout and a blackout. You may have heard these terms before, and you may even think that they refer to the same event. Actually, there are pretty significant differences between the terms, and we’ll dive into those differences below.

What’s the Difference Between a Blackout and a Brownout?

What is a Blackout?

Let’s start with blackout. A blackout refers to when the electrical service for a certain area stops entirely. A blackout is typically caused by an unplanned service interruption which stops the power supply. This can be something such as severe weather, or failure at power plants/along the supply network.

Further below, we’ll examine the causes of blackouts in more detail.

What is a “Rolling Blackout”?

A “rolling blackout” differs from a traditional blackout in that it is done deliberately to ease the power load, and prevent a larger scale blackout. When power usage is much higher than average, then the power grid may have troubles keeping up with demand. In this case, electrical utilities companies may “roll” blackouts through certain areas for set amounts of time, alternating blackouts to ease the strain on the grid.

What is a Brownout?

A brownout refers to a deliberate power outage from a utility, in response to much higher-than-average power usage in a certain area. When demand for power meets or exceeds the amount of power that is being supplied to an area, a utility might intentionally cut off or lessen power supply to that area. This is done to prevent much more severe consequences, such as power failure, or a large-scale blackout.

Below, we’ll examine the causes of a brownout in more detail. 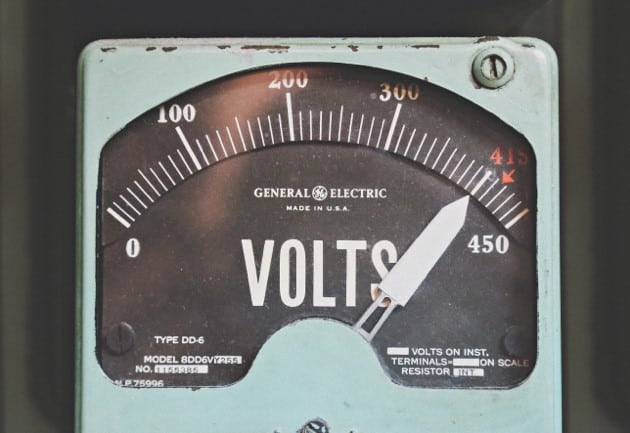 Is a Brownout The Same as a “Planned Outage”?

You may have also heard the term “planned outage”, which refers to when power supply is deliberately shut off or lessened to a certain area. This is usually to allow for maintenance of power supply equipment (at the power plant, along the supply network, etc.).

Planned outages are similar to, but not the same as brownouts. This is because planned outages are generally scheduled and announced far in advance. This gives people living in the affected area a chance to prepare for the outage. Additionally, they will attempt to schedule planned outages at a time that is most convenient for an outage (during the day, during warmer months, etc.)

This stands in contrast to a brownout, which is often done in response to demand. And while a brownout may be announced, it is generally announced much sooner ahead of time.

Causes of Blackout vs. Brownout

Now that we know the basic differences between a blackout and a brownout, let’s dive a bit deeper. Let’s look at the factors that cause each power event.

What Causes a Brownout?

Most people don’t consider all the steps that go into bringing the electricity to their home. The reality is that there is only as much electricity as is produced and distributed to their area. At a certain point, if an area uses enough electricity, it would exceed the amount that is supplied to that area.

This balance is what results in a brownout. When utilities can see that demand for power is approaching maximum capacity, they may need to throttle electricity in a certain area. This typically doesn’t require a complete cut-off, but electricity will flow to a home at lower-than-usual voltage levels. This is done for as much time as is necessary for power supply to catch up with demand, at which point normal service can resume. Usually, they last a few minutes to a few hours.

What Causes a Blackout?

A blackout is usually a large-scale event, effecting the service for a large area. Understanding what causes blackouts can be an extremely complicated process, and requires understanding of the power generation and distribution network.

In simplest terms, power is generated at a power plant, where it is then transferred over great distances using transmission power lines, and then delivered to people using a distribution network.

A blackout can be the result of a failure at any point in this process. Blackouts can be a result of a distribution failure, a transmission failure, or a failure to generate enough power to service an area. Let’s look at each:

Distribution Failure: Distribution failures are when something halts the power supply at a point in the distribution network. This is the most common type of blackout, and is typically the result of a routine failure (stormy weather, a car crashes into a power line, a metallic object contacts a power line, etc.). These failures effect a small area (a few houses or blocks), and are resolved once the issue is addressed.

Transmission Failure: Transmission lines carry the power from the power plant across a great distance. As a result, a transmission failure can potentially result in a massive blackout, that effects thousands or millions of people. These failures can be caused by weather, but also by computer/human error at some point in the power generation or power supply process. Either way, the end result could be that many, many people are without power for hours or days.

Supply Failure: A supply failure happens when there is not enough power being generated to meet demand. This is rare, and usually reserved for days when power usage is very high above average (hottest day of the summer, etc.). This might also result in “rolling blackouts”. 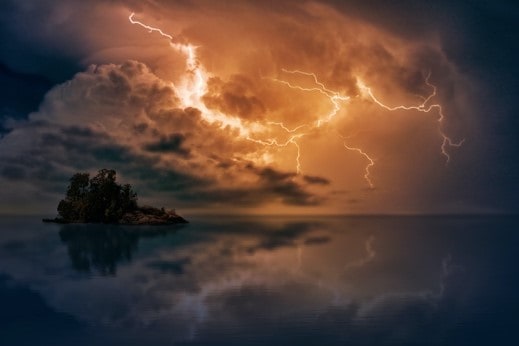 Thanks for reading our guide to the differences between these two significant power events. If you find yourself in the midst of a blackout or brownout, try to call you utilities company, or check their website. Often, you will find details on the power interruption, and get a better idea of how to approach the situation. It never hurts to have some solar panels and a generator on hand in the event of a prolonged power outage.